A Y-type globe valve is a type of valve that is commonly used in industrial and commercial piping systems. The valve features a linear motion valve element, typically a plug or a disc, which moves up and down to open or close the valve. The valve element is connected to a stem operated by an actuator, such as a handle or a motor, to move the valve element and control the fluid flow.

Y-type globe valves are also used in process control systems, such as in the control of pressure, temperature, and flow rate in industrial plants, where the ability to throttle the flow is important. 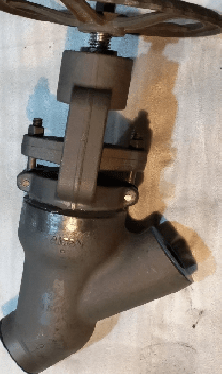